Property Location
With a stay at George Hotel in London (Bloomsbury), you'll be minutes from British Library and University of London. This guesthouse is close to St. Paul's Cathedral and London Zoo.

Rooms
Make yourself at home in one of the 40 guestrooms. Complimentary wireless Internet access keeps you connected, and satellite programming is available for your entertainment. Conveniences include phones, as well as safes and irons/ironing boards.

Amenities
Make use of convenient amenities, which include complimentary wireless Internet access and a television in a common area.

Business, Other Amenities
Featured amenities include a computer station and luggage storage. A roundtrip airport shuttle is available for a surcharge.

The preferred airport for George Hotel is London (LHR-Heathrow).

Only registered guests are allowed in the guestrooms. 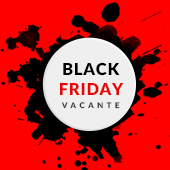